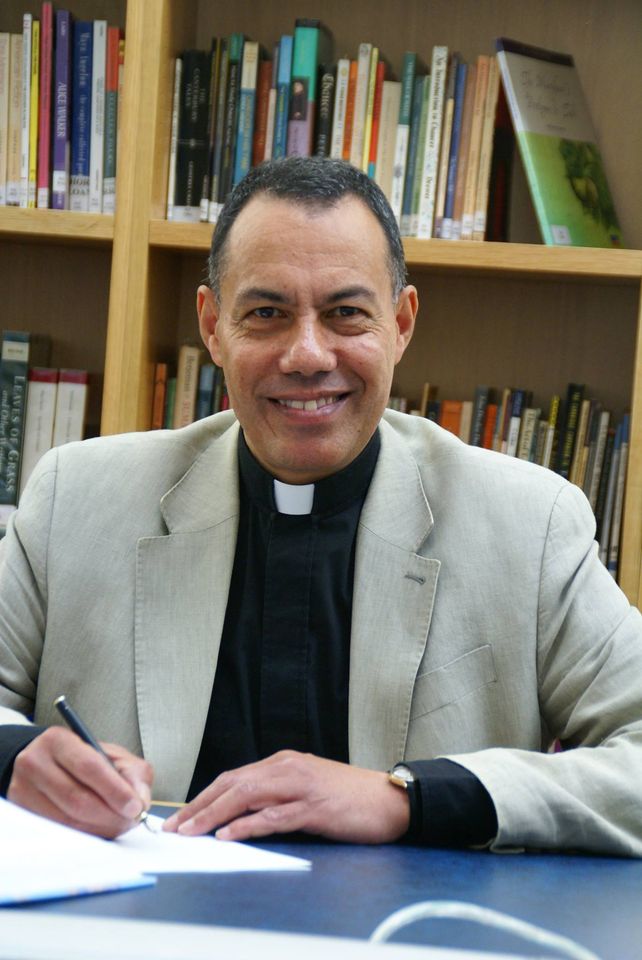 has been our part-time priest-in-charge since October 2020. Educated at the universities of Durham, London, Wales and Cairo, he has held previous posts as a parish priest in North London and as a chaplain at leading Independent schools. Paul has also been a Priest-in-Ordinary to HM the Queen and officiated at the first service in the Chapels Royal after the death of Princess Diana.

He is currently a governor of Haileybury and its two international schools in Kazakhstan and was made a Vice-President of the National Liberal Club last November.

Paul has been a keen follower of Arsenal Football Club for over fifty years and is a self-confessed “operatic junkie” and disciple of Richard Wagner. 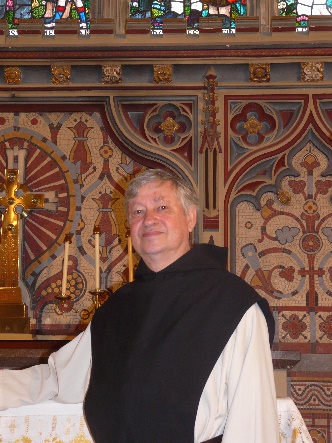 is a retired Anglican priest and a solemnly professed brother within the Anglican Order of Cistercians. He read Theology and Humanities at Bristol Baptist College and London University, before training for the priesthood at Cuddesdon College, Oxford. Brother Ælred has served in parishes and as Chaplain at Great Ormond Street Children’s Hospital and holds a postgraduate degree in psychoanalytic counselling. He was a volunteer therapist with the branch of the Family Welfare Association in Clapham Junction and facilitated therapy groups for medical staff at Great Ormond Street Hospital. Brother Ælred’s book Poet of the Word: Re-reading Scripture with Ephraem the Syrian was published in 2020

During the last thirty years he has lived with a male companion and provided a home to four cats. 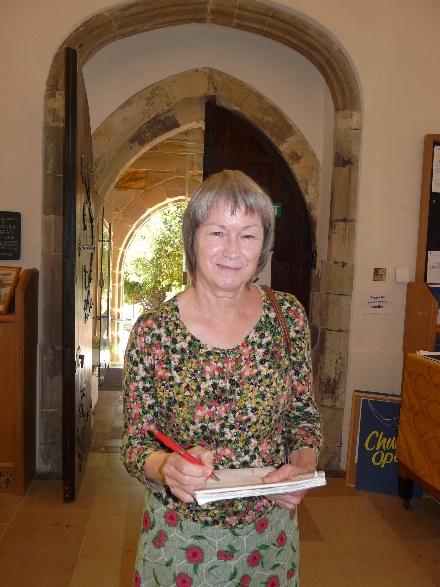 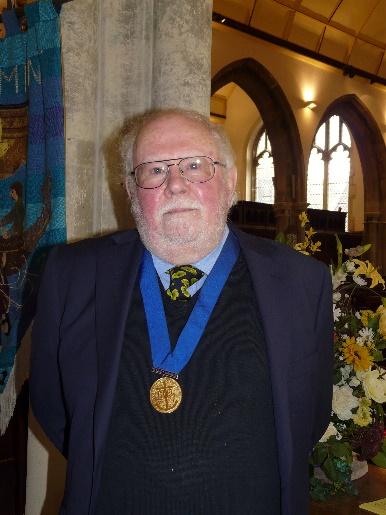 Gareth has lived in the Old Town High Street for fifty years and is married to Catherine. They have four grown-up children and six grand-children (and counting). He was educated at Christ Church C of E primary school, Hastings Grammar School and Jesus College, Oxford. Gareth is a Churchwarden and a Trustee of the Magdalen & Lasher Charities. He is also Chairman
of the Trustees of the Newham Riding School and Association: a riding for the disabled charity in East London. Gareth has retired from a career in public administration in London. 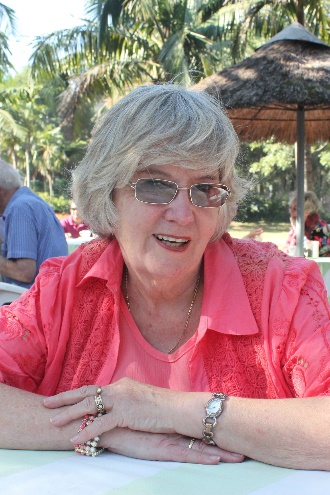 was commissioned in Chichester Cathedral as an Authorised Lay Minister for pastoral care (2019) and preaching (2020) and has enrolled for the ALM course in leading worship. She is particularly interested in Taize spirituality and music. Work in the MoD Security Service was followed by forty-seven years in South Africa, the last thirty-six years as Regional Administrator in southern Kwazulu-Natal for the national Lifesaving Association. Sandra enjoyed living and working in a multi-cultural and multi-faith context and was active in the Anglican Church and also the Methodist Church where she became an authorised lay leader. Married to Ken for fifty-three years (having met in the belfry at Aylesford Church, Kent), both are members of the Two Towers Handbells Group. Life. Sandra also enjoys singing in the Parish choir. 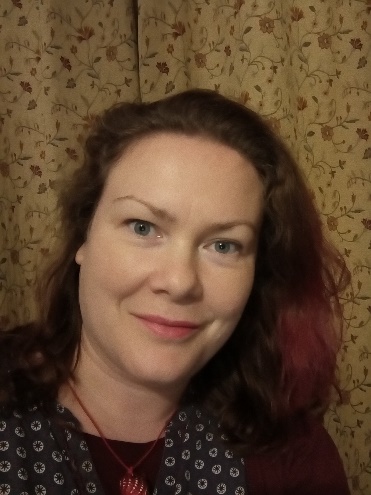 is married to Andy and they have a son, William, who was baptised in St Clement’s Church. Natalie has been an English teacher, an Opera Singer and a Marriage Registrar but finally started to listen to God’s call and so has been discerning a call to ordained ministry for the past few years. She has been on interesting vocational placements at other local Churches but her heart has always been in the Old Town. Natalie is an Authorised Lay Minister for preaching in the Old Town Parish and is excited to be part of the Collaborative Ministry Team. Natalie loves being creative especially re-using material, saving it from landfill: her current project is a rag rug using old socks! 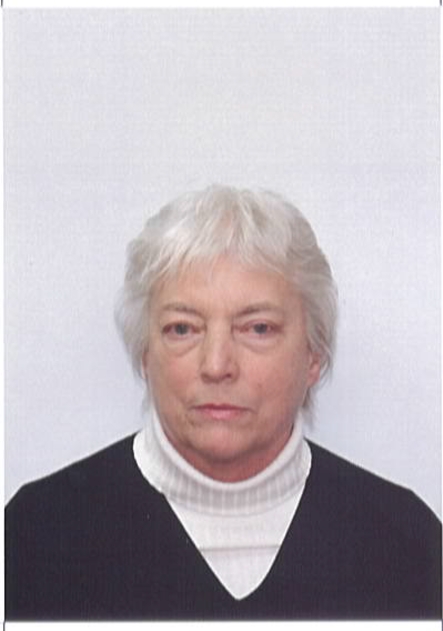 was born in Hastings, just up the road from All Saints’ church where she was baptised, confirmed and married, as were several generations of her family. Judy moved to live and work in Tunbridge Wells in 1963 where she met her husband. They lived in London and Ashford but were lured to Hastings in 1977. Ahead of her time, Judy began working with computers in 1968, originally as a programmer before switching to teaching in the mid-1980s. A well-known figure in the Old Town, Judy became a church warden in 2020. 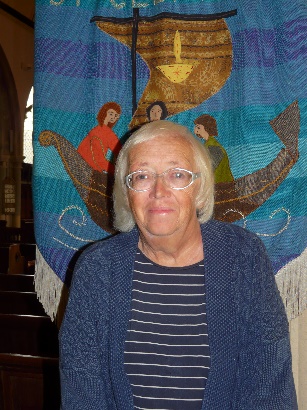 has been Parish Administrator for twenty years, a role that is very varied and never dull. She loves all aspects of Hastings and Sussex Life. Married with children and three grandchildren, her passion is History and she has a B.A Hons degree from Brighton University in Community History and English Literature. A keen genealogist and local historian who loves to help others untangle and research their family trees, Jean’s other interests include an allotment, cooking, foraging and traveling and can be found at her beach hut when the tide allows. 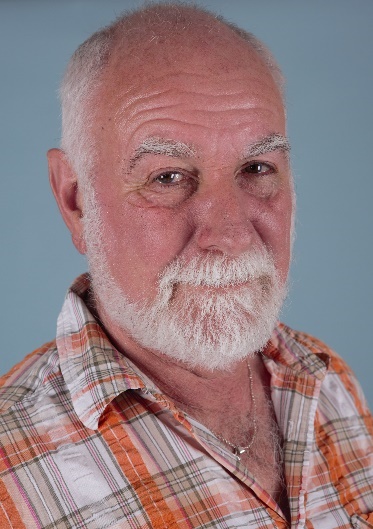 is known for his work on events such as ‘Jack-in-the Green’ that run in Hastings and for which he received the M.B.E. in 2014. Until recently he was a science lecturer. Now semi-retired, he has turned his hand to working in film and television as an extra and is also a photographer. He is a cradle Anglican but spent many years out of the Church until he found his way back about twenty-five years ago. He loves tradition and customs and has written many books and papers on the subject.

Keith describes himself as a theologically liberal Anglo Catholic, loving traditional liturgy but at the same time always trying to break down barriers to make Christianity more accessible, especially to anyone without a church background and those who are curious about the faith even if this means adopting an unorthodox approach. He runs Bible study groups in the local pub. Keith became an Authorised Lay Minister in 2021. 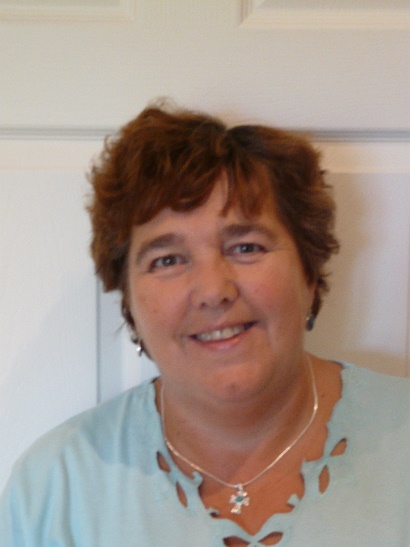 is a retired Headteacher, having been Head of three different schools. She studied Music and Science and has a doctorate in Special Needs Education, specialising in Autism. She continues to enjoy working with children and provides one to one tuition during the week.

Pat has been a Licensed Diocesan Reader (lay minister) for over thirty-seven years and was originally licensed to the Diocese of Jerusalem and the Middle East where her family lived in Bahrain for five years. She enjoys preaching and taking roles of responsibility within the church family. Pat is a member of the Ministry Team and is also currently a churchwarden. 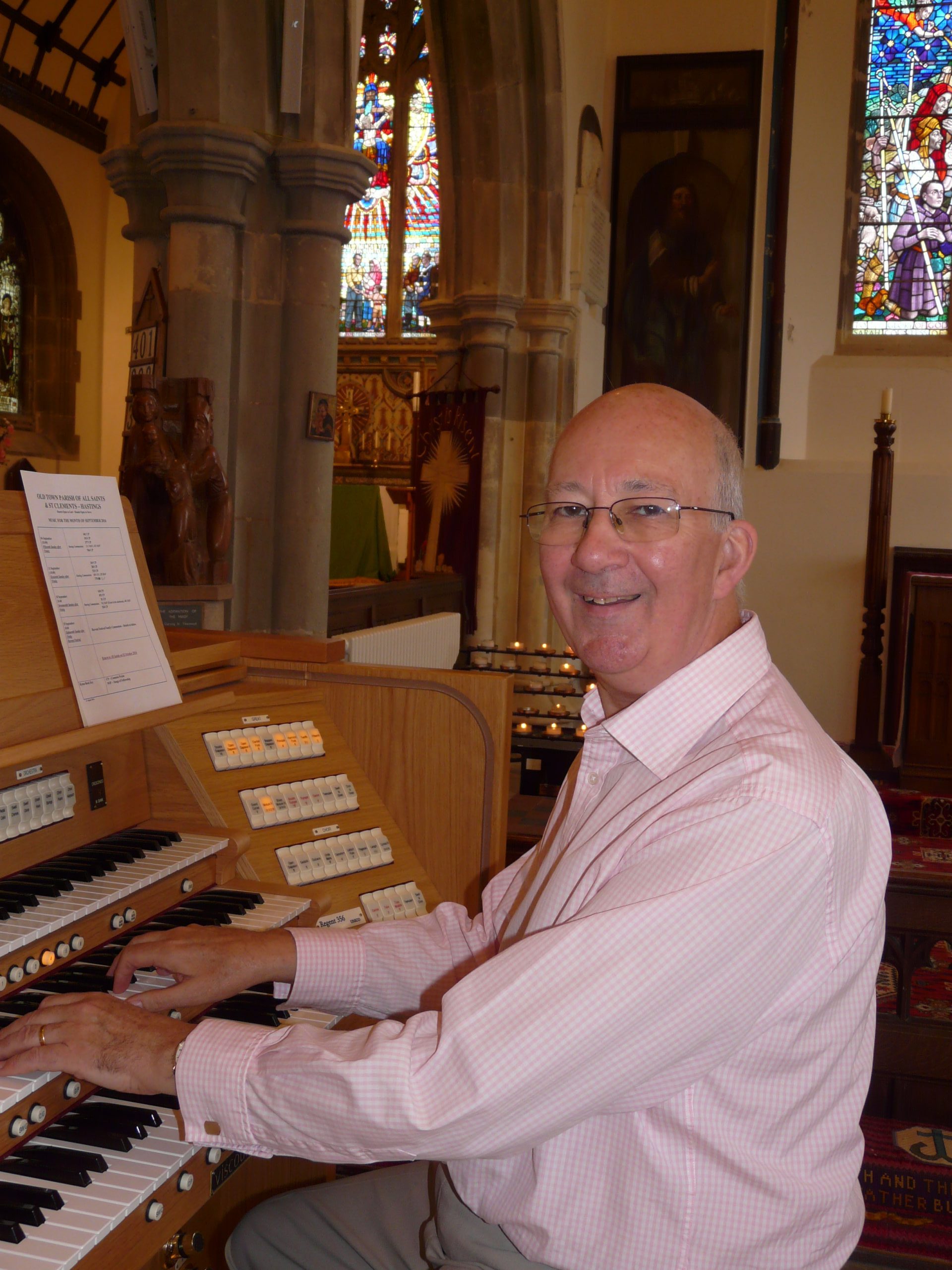 has been playing the organ since the age of fourteen and been a full-time organist for most of his life since the age of nineteen. He gained most of his musical education as a Junior Exhibitioner at the Royal Academy of Music in London where he studied every Saturday for five years. Malcolm has been attached to the Old Town Parish since 2000 when he moved to Hastings and has been the Director of Music since 2008. Malcolm retired in 2017 having spent over forty years in Human Resources, the last twenty-five of which involved working as an HR Manager for an International Publishing Company. Like our priest-in-charge, Malcolm is a keen supporter of Arsenal Football Club. 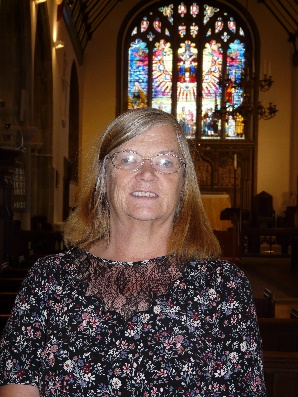 is a retired Civil Servant. Sue’s childhood home was Judge’s Bakery in the High Street and she has worshipped at St. Clement and All Saints for most of her life. She has had many roles, from Sunday school pupil to teacher, PCC member and secretary, Deanery Synod representative, House Group co-ordinator and involvement with fund raising and social activities. She is a Trustee of the Magdalen and Lasher Charity. Sue trained as a Stud groom before joining the Civil Service and equestrian activities continue as a hobby shared with her husband John, two daughters and five grandchildren. 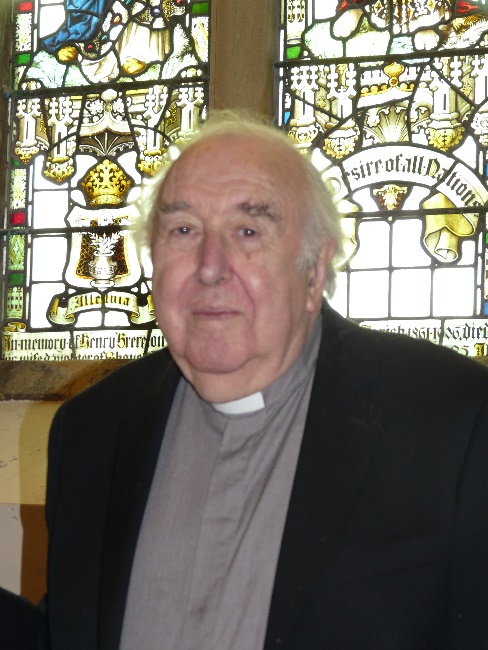 is a Canon of Southwark Cathedral where he was ordained in 1957. Since then he has worked with young people in South Ĺondon and Sheffield, as a parish priest at the Elephant and Castle, and leading an ecumenical team in the new town of Thamesmead. From 1986 to 1993 he was Chaplain General and Archdeacon to H.M. Prisons and until 2003 a Chaplain to HM the Queen. 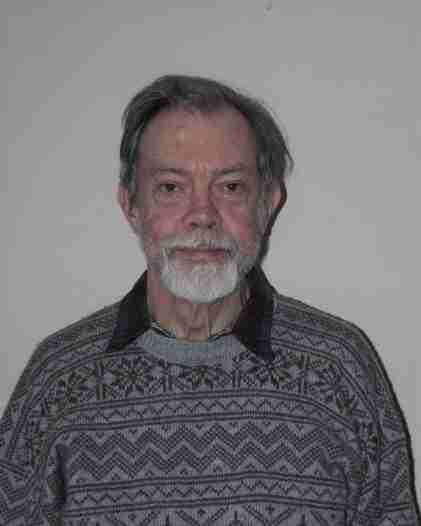 has been treasurer for our parish since 2020. Born in South Africa, the son of the Reverend RPJ Scott, he has spent a lifetime as a member of the Church of England. He qualified as a social worker in South Africa and practised this profession for over forty years before retiring. He learned to play the piano from an early age and moved to the organ in his teens. Simon has sung in church choirs throughout his life and joined our choir when he moved from Holy Trinity Hastings in 2019 where he had also served as treasurer. Simon’s memoir and reflections on his professional life entitled Making a Difference was published in 2020 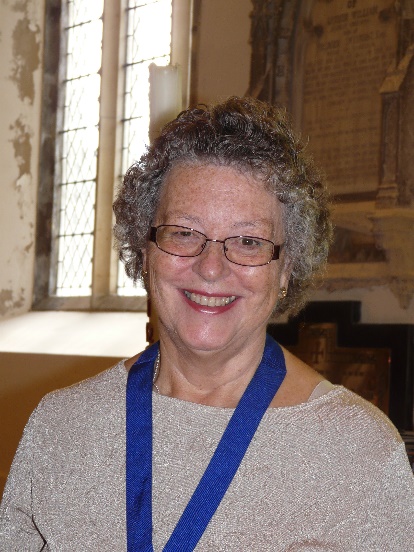 Ann has lived in Hastings for twenty-six years and has always worshipped at St Clement and All Saints. A nurse by profession, Ann has been a Church Warden for eight years. She is also the Sacristan and is a licensed administrator of the Holy Communion in both the church and the community. Ann is the first point of contact for baptisms, weddings and funerals and oversees the administration involved.

© 2022 PARISH OF ST CLEMENT WITH ALL SAINTS, HASTINGS. ALL RIGHTS RESERVED